What’s the biggest tree in the world? General Sherman is certainly at the top of contenders, but then look at this.

In the depths of Colombia’s Caribbean region, there is a tree some mistakenly call ‘The Tree of Guacarí’, which was another enormous tree in the same area, rather similar in looks to the tree we are presenting now.

That tree, otherwise called the Samán of Guacarí, used to feature on Colombian 500 peso coins in the 90s. It was a Samanea saman, also sometimes known as a rain tree, and was cut down in 1989 as its thick branches began to detach. 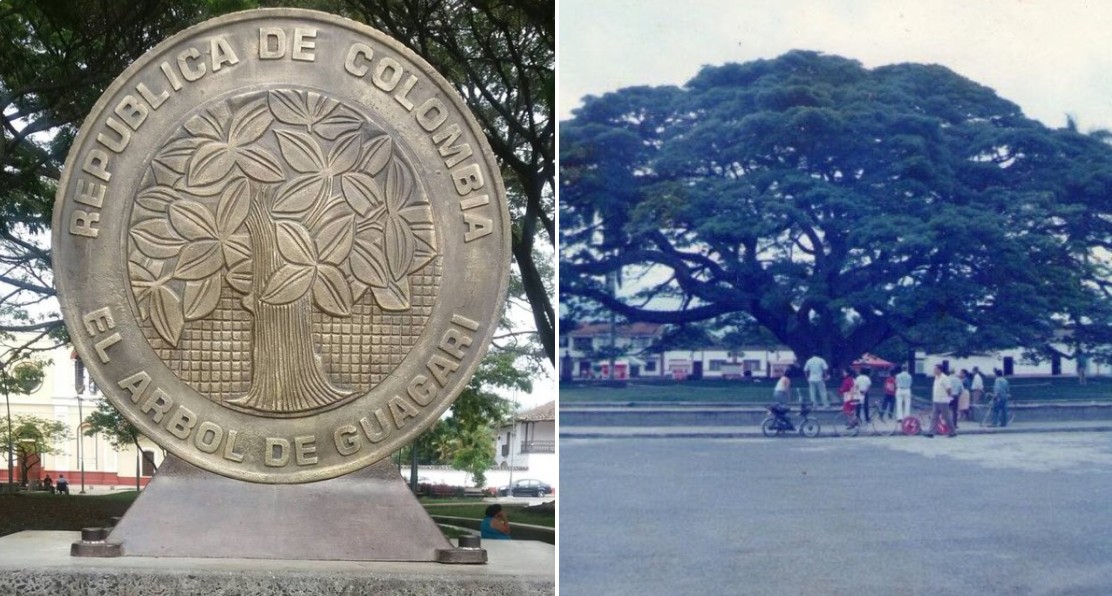 The original ‘The Tree of Guacarí’ – a different tree of a different species, nevertheless looking similar. Image credit: Siembra

But the tree this article is about is different. It’s not another iconic Samanea saman, even though it really looks like it. No, it’s actually a Ficus, commonly known as fig tree – the popular ornamental plant you will find in gardens and homes all around the globe. And it has grown huge.

Regarded as Columbia’s largest tree, the gigantic fig is so huge, in fact, that from a distance you could mistake it for a hill. Indeed, as you approach it, you get the sensation of being dwarfed until you feel really tiny. That’s just natural, though, as this giant is allegedly 30 meters high and 75 meters in diameter (we couldn’t find decisive proof but the images seem to underline this.)

The tree has an incredibly beautiful foliage that looks like a green mountain, with branches that kiss the ground as if paying homage to Mother Earth. And not only do they kiss the earth, but they function as supports that the tree itself has generated, from aerial roots coming from the branches furthest from the trunk. 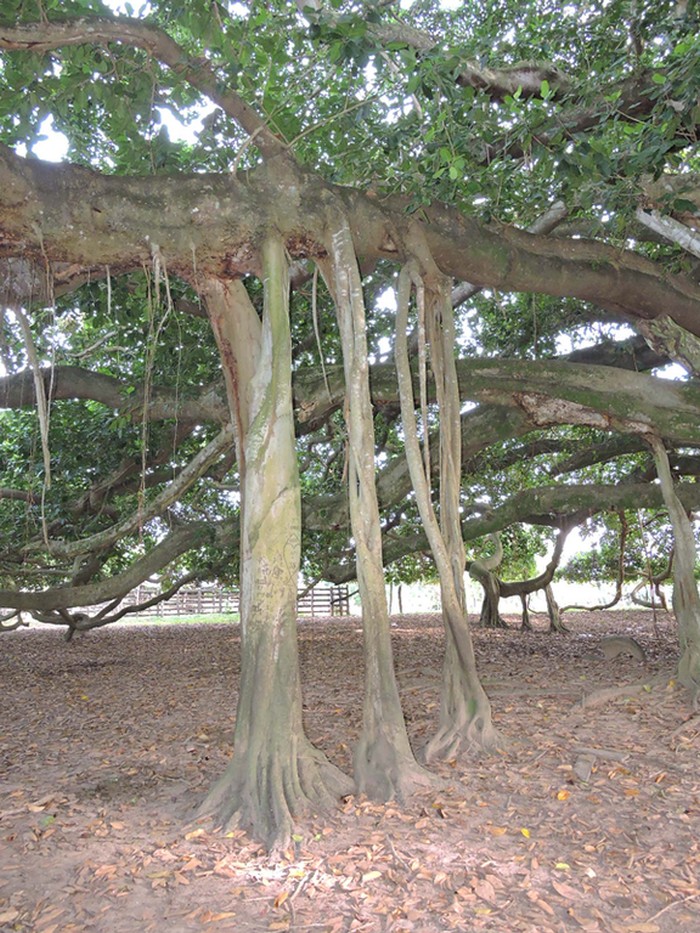 The foliage is so huge, the tree has grown pillars to support it. Image credit: Viajar en Verano
A wonderful sight indeed. Under this colossal tree, one has the sensation of being in the basement of a great building, with many columns that support the giant mass, Viajar en Verano reports. Some people in Latin America call it ‘The Tree That Walks”, because of its ‘feet’ with which it ensures its expansion. Indeed, the pillars it has grown are like limbs through which it advances to cover a larger area with its branches to receive the sun’s rays more directly or find more fertile land to feed on.

Even more interestingly, the Tree of San Marcos is not a tree. It’s several trees. 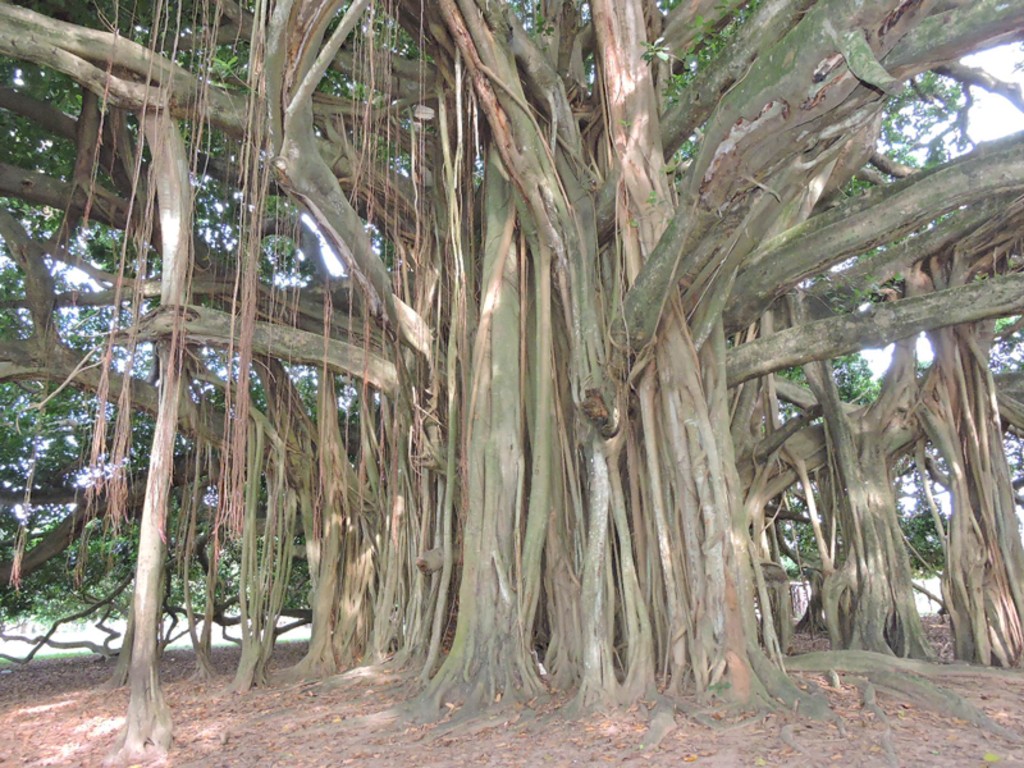 It’s not just one tree, but six trees joined together. Image credit: Viajar en Verano
Historian Raúl Ospino Rangel gives a splandid description of how the green mass was formed.

It all started when in 1964 the owner of the Alejandría farm wanted to protect a yellow cedar tree that he had planted. They placed six fig tree rods around the sapling to prevent the cattle from damaging the young cedar.

But the opposite happened: instead of giving security to the cedar tree, the fig tree struts sprouted buds and then branches, which eventually ended up absorbing and devouring the yellow cedar. 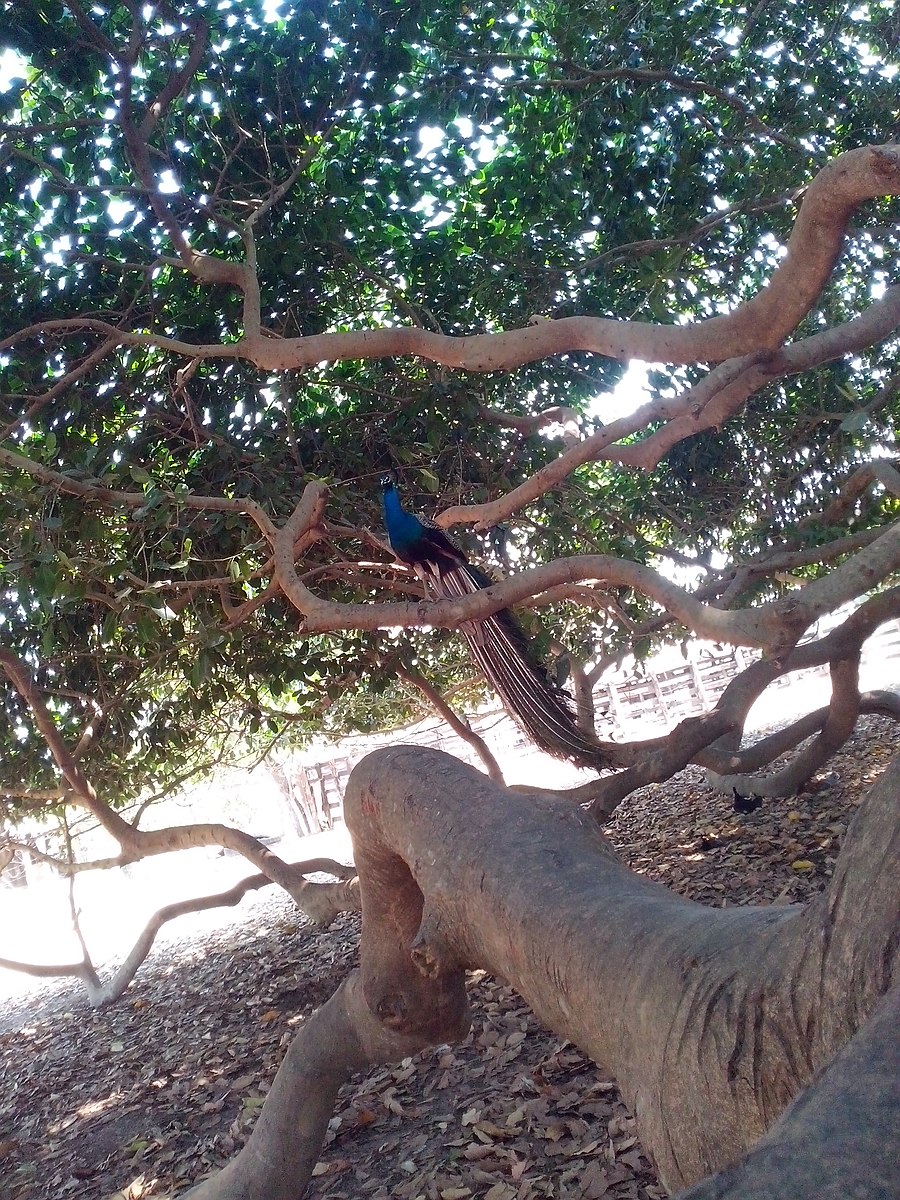 The branches bend to kiss the ground – and give shelter to a peacock. Image credit: Wbeimar Muñoz Gonzàlez
So the ‘Giant Fig of San Marcos’ is not just one, but six different plants that were joined and strengthened by aerial roots with which they formed supports on the ground.

If you ever happen to travel to the Atlantic coast of Colombia, be sure to visit San Marcos and let yourself be embraced by the shadowy extremities of ‘The Most Beautiful Tree in Colombia’. You will definitely see it from afar – about three kilometers before entering the Alejandría farm, you can get the first glimpse of the gigantic ‘green mountain’.